This town is believed to be the birth place of Kuveni, a queen of the Demon (Yaksha) Tribe who married Vijaya after meeting him on the beach of Tambapanni in 543 BC. The father of Kuveni was Bamba, who was one of the three Yaksha Tribe rulers of the Island who ruled from this area. The other 2, Kumba, the younger brother of Bamba ruled the southern part of the island and Homba, ruled from the area today known as Hombawa.
The legends of the Bambawa Purana Raja maha Viharaya goes back to to time of King Wattagamini Abhaya better known as king Walagamba. The king came to power in 104 BC but invaders from South India captured the capital within the same year. Then for 15 years the king lived in hiding in jungle caves amassing and training a force to attack the invaders. The cave at Bambawa was one of such caves which was used by the king during his exile.

When he was living in the cave in Bamba, a native “Vedda” hunter called Sitha had come to the king and informed him that there was another cave nearby much larger and suitable for a king. The king visited this cave and seeing it a much larger cave with better protection, had moved to this new cave, and the vedda had been generously rewarded. Finally in 89 BC he fought the Tamil invaders and recaptured the capital and took back the throne of the country. Thereafter the king turned every cave which sheltered him in to cave temples and donated them to Sanga. Today thousands of cave temples all over the country are attributed this king. The cave at Bamba is known as the Bambawa Rajamaha Viharaya and the new larger cave he moved to is today the Dambulla Rajamaha Viharaya

The temple of Bambawa Purana Raja maha Viharaya has been supported by many monarchs thereafter but with time had been forgotten and covered by the jungle until the time of king Kirthi Sri Rajasinhe (1747 – 1781) of Kandyen Kingdom when it was re constructed and the king by a royal decree handed over the village of Bambawa to the temple for its maintenance. As a reminder of history you can see some ruins of the ancient temple including a very old pair of elephant tusks, two granite seats, a rock pond, two rocks carved in form of elephant tusks and a flight of granite steps. Legend states that this 5 1/2 feet pair of tusks belongs to the royal elephant of king Walagamba called “Pushpadanththa”. During the Kandyan kingdom, the chief prelate of the Asgiriya Chapter had planned to bring this pair of tusks to Kandy and had it hidden inside a gunny bag and carried it in a bullock cart. While the cart was passing the area known as Paldeniya, the regional chief has had a dream where a voice had informed that these tasks are being transported across his area and instructed him to intercept the cart and recover the tusks. He had followed the instructions, recovered the tusks and handed over to another chief for safe keeping. These tusks had been under the protection of the family for generations until 1940 when it was again handed back to the temple.
Today people flock to this temple mainly to the two Devales dedicated to Galebandara and Devathabandara deities. A large Annual Esala perahera possession is held at this temple during July-Augest in parallel to the Kandy Esala Perahara. A special feature of this function is the fetching the chief priest of the temple from the nearby Nagolla Rajamaha Viharaya in a palanquin. This custom comes from the times of king Kirthi Sri Rajasinhe and the duty of carrying the palanquin had been allocated to a Catholic family in Wahakotte and the king had granted state farming land as payment for this royal duty. The final possession of this event is a grand perahera lasting for 2 days which travels through the Galewela Town.
Previous
Next 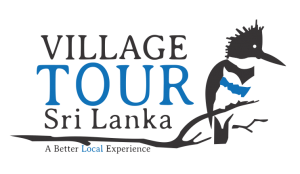